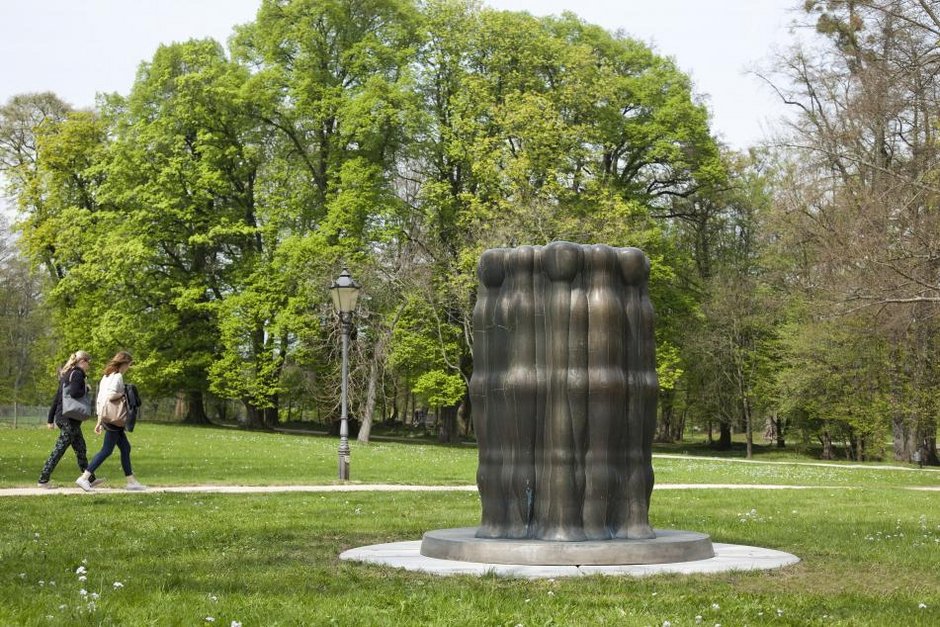 One of the most important exponents of contemporary sculpture is represented in two locations in “Blickachsen 11”: in the Bad Homburg Kurpark, and in the park of the former Schloss Friedrichs­hof in Kronberg. The artist Joannis Avramidis studied painting and sculpture – among others under Fritz Wotruba, who is also represented twice in “Blickachsen 11” – at the Academy of Fine Arts in Vienna. Throughout his life, Avramidis concerned himself with the human body, whose contours he abstracted, and whose fundamental structures he in a variety of ways sculpturally re-worked. His work “Kreisgruppe” (Circular Group), on display in Bad Homburg, is of cast bronze and shows a large number of figures pressed together to form a compact group. The apparent outlines of their bodies suggests their faces are pointed towards the centre of the group. The block-like form of the sculpture with its figures facing inward underlines the togetherness and unity of the single figures, who appear not as individuals, but rather coalesce into the confraternity of the “Circular Group”. Despite its size, the slender sihouettes of the individual bodies lend the massive bronze a feeling of grace and fragility. 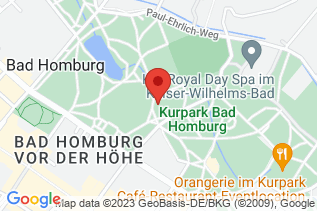