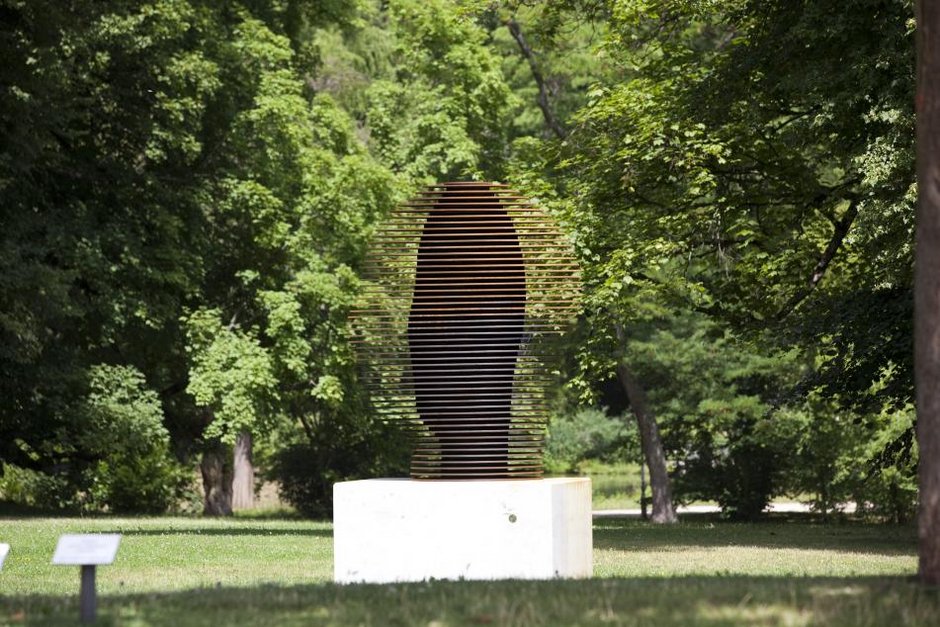 In this year‘s „Blickachsen“ the Austrian sculptor Alfred Haberpointner presents a three- metre high “Head in Head” (“Kopf im Kopf”) in the Bad Homburg Kurpark, a steel sculpture challenging the viewer’s habitual mode of visual perception. The superimposition of two figures creates a shimmering atmosphere, an ambiguous pattern in which the eye oscillates between two views: one, of the outline of a head made up of parallel horizontal layers, and another, of a massive shape in its interior. The linear structure of the work brings the surrounding space into the observer’s field of view, in which the abstracted figure of the head appears either – and also simultaneously – as a transparent structure of lines, or as a head. This interrelationship of body and space, shell and core, can be considered characteristic of Haberpointner’s sculptural work, where the form of the head has a prominent place. Indeed his sculptures, produced mainly in wood or metal, are the result of a long work process, and this element of time is carried over onto the viewer: only by walking around it and seeing it from different perspectives can Haberpointner’s “Head in Head” be truly appreciated. 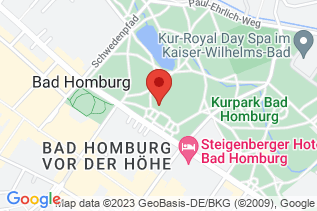