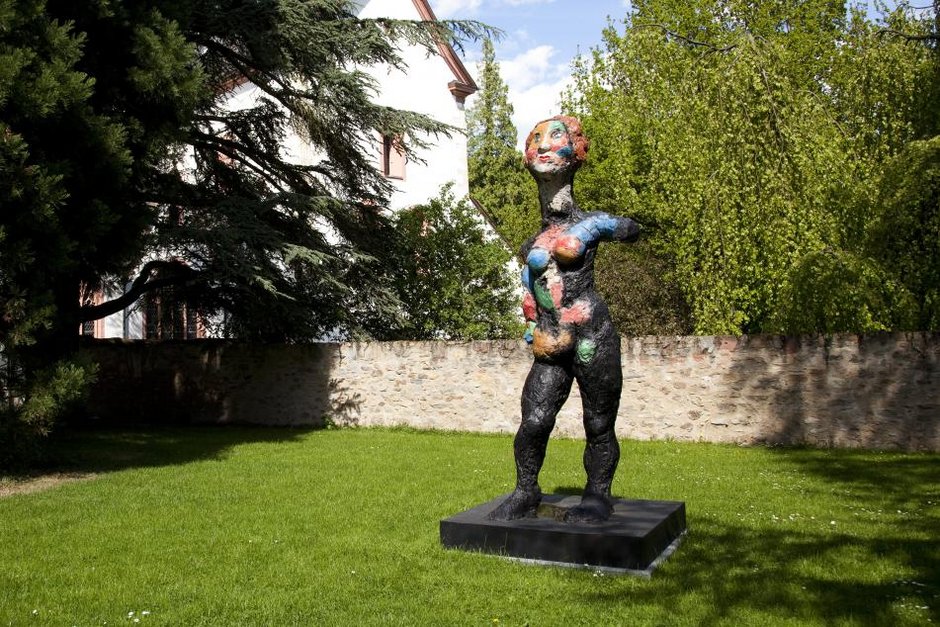 Roughly worked surfaces are characteristic of the sculptural work of the German artist Markus Lüpertz. In his wide-ranging oeuvre spanning painting, graphics and sculpture, he employs clear contours and forms, directly addressing the viewer with their immediacy. His often colourfully painted, mainly cast bronze sculptures are primarily concerned with the human body, conforming, for the most part, to a general, archetypal model. In the process, Lüpertz dispenses with individual traits, or conflates female and male features. In “Blickachsen 11”, a representative selection of his powerful works can be seen in Eberbach Monastery, portraying religious subjects (“Judith”, “St. Sebastian”), as well as motifs from ancient mythology and the arts. “Hektor Kopf” (Hector Head), “Athene”, “Achilles” and “Odysseus I” depict mythological figures of war. This motif of conflict and competition resonates even in the juxtaposition of the composers “Mozart” and “Salieri”. The figure of the “Painter” (“Der Maler”), on the other hand, has his arms behind his back, and faces his counterpart openly and self-confidently with the strength of art. 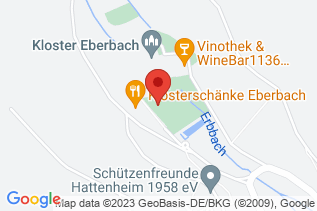