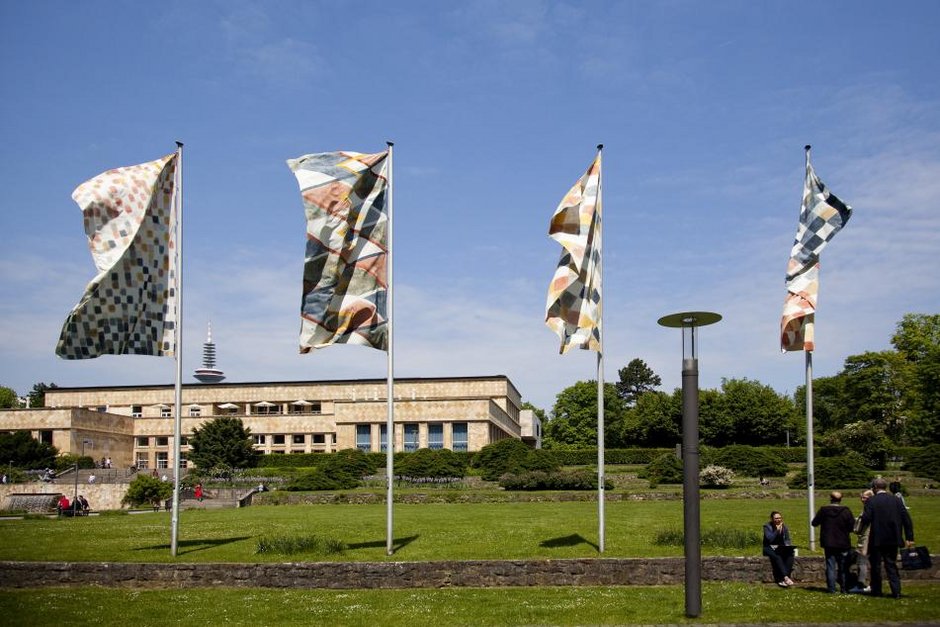 As a soft and motile counterpart to the clear lines and geometry of the Poelzig building, four pieces of cloth are hoisted onto the flagpoles at the Campus Westend. The artist Raul Walch’s kinetic work takes up ornamental features of the building’s precise architectural grid, yet translates them into a pictorial surface. Such a transformation of the façade into textile material is emblematic of Hans Poelzig’s conception of the façade, which addresses the ‘cladding theory’ of the architectural theorist Gottfried Semper: Poelzig, also, conceived the building’s façade as a ‘dress’, albeit one that protects and decorates, without curtaining the construction. While the stonework of today’s campus building has remained static and in one place for decades, Walch’s work changes not only by the second with the movement of the wind, but also over the long term through its disintegrating materiality and fading colours: the pigments used are exclusively natural and not synthesized. The luminous textiles stand out clearly against the travertine stone façade, lending an additional layer of cladding to this controversial and historically-charged building. 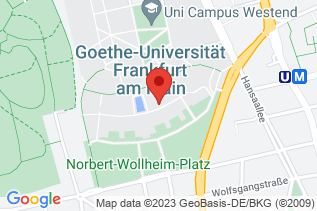