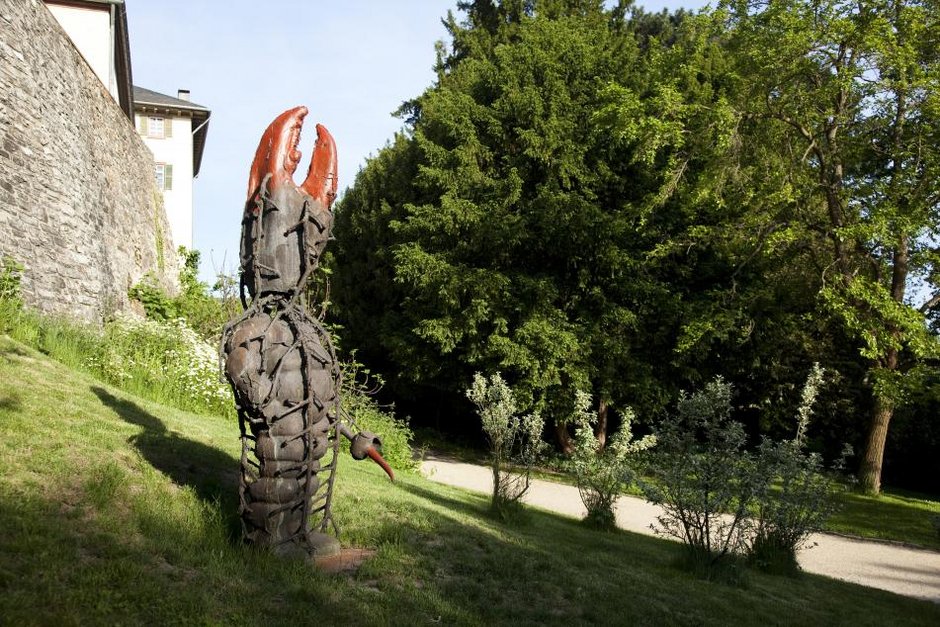 A bronze “Warrior” stands like a protecting guard outside the medieval walls of the Bad Homburg castle in “Blickachsen 11”. The Swiss object artist Daniel Spoerri created this alien fighter, with its strange weapons conspicuously painted in red: the helmet in the shape of a crab’s scissor-like claw, or the spike held in its hand like a sword. From some angles, given the sculpture’s position in “Blickachsen”, these red weapons reflect the distinctive reddish elements of the castle’s white tower, recalling its former function as a defensive keep. In creating his bronzes, Spoerri integrates their casting channels, which here entwine the body of the fairytale-like figure of the warrior like a mesh of roots. Bronze sculptures form only a part of the multifaceted output of Daniel Spoerri, who was a co-founder of the “Nouveau Réalisme” movement, and who in the 1960s, following his so-called “Snare Pictures”, founded Eat Art. Central to Spoerri’s overall work is his renunciation of lofty conceptions of art and his use of found, everyday materials. Many of Spoerri’s works were created for the sculpture garden in Tuscany, which he opened in the 1990s. 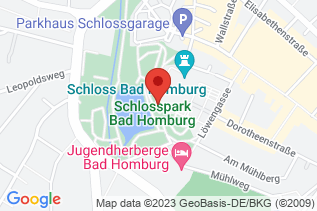