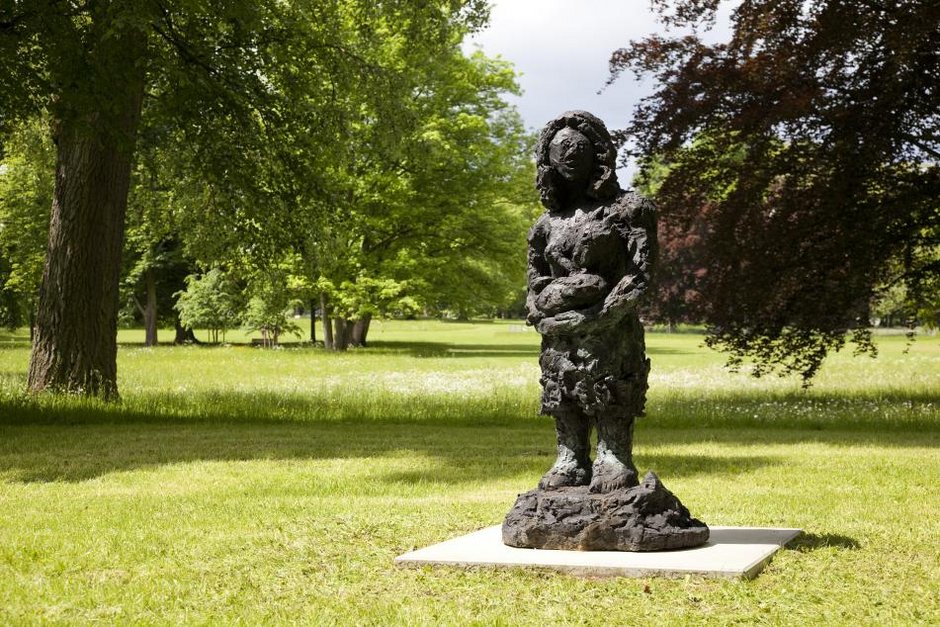 The painter and sculptor Jean Y. Klein, who is also exhibiting in the Hessenpark Open-Air Museum, created his characteristic life-size bronze figure “Hirtin” (Sheperdess) for “Blickachsen 11” in Bad Homburg. Klein primarily concentrates on female figures of Greek mythology. The figure of the shepherdess is connected to the myth of Arcadia as an idyllic place, in which a pastoral people live carefree and happy in harmony with nature. Klein’s “Shepherdess” is protectively holding a lamb in her arms, underlining the deep bond between man and animal. The bucolic notion of the shepherd as a figure on the margins, living in freedom independently of the rural order, is formally integrated into Klein’s representation of his “Shepherdess”: it does not follow the strict rules of human anatomy, rather its free-form, gestic surface design testifies to an undogmatic approach, both to the ideals of beauty and to the production processes of the ancient Greek tradition. Thus Klein’s sculptures are in no way straightforward portrayals of known figures; on the contrary, they are designed as screens onto which the viewer’s imagination is projected. 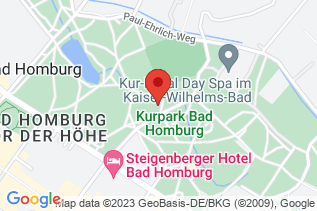