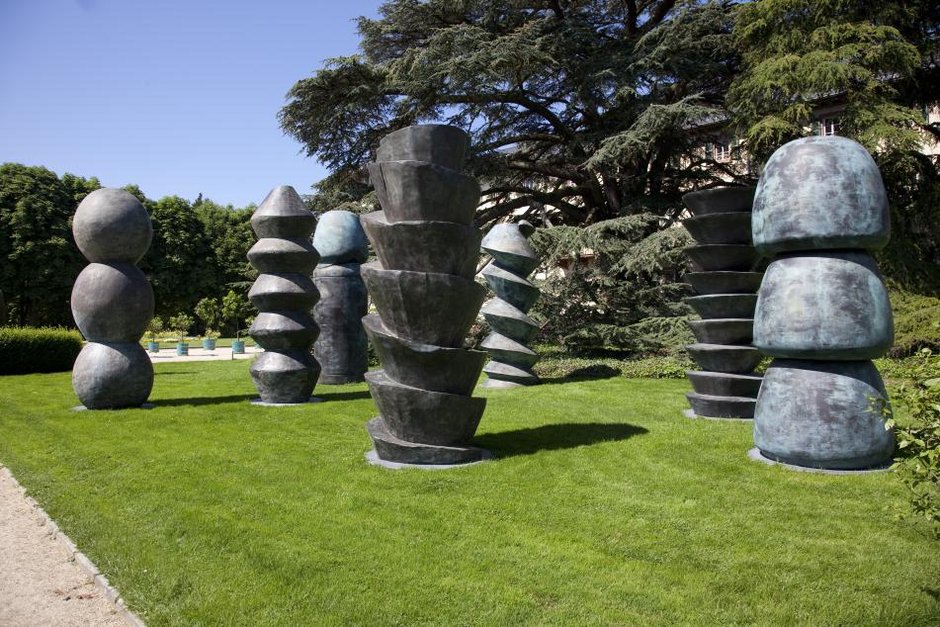 Abraham David Christian, who has exhibited twice in documenta, is represented in leading collections all over the world. In “Blickachsen 11” he is showing several of his large-format bronzes. Both the spiral forms of the “Interconnected Sculpture” series, of which one example is on display on the Ferdinandsplatz in Bad Homburg and one in Kronberg, and the monumental group “Hayama 7 (Towers of Wisdom)“ in the Bad Homburg castle gardens, attest to a universal language of endlessly extendable geometric forms. Christian designed the seven, roughly four-metre high, “Towers of Wisdom” in Hayama, in Japan, where he periodically lives and works. Each bronze consists of a single basic geometric element which is repeated several times. The upwardly thrusting dynamic of the sculptures is combined with a quiet, intrinsic power. On the one hand, they are reminiscent of traditional Asian pagodas, on the other Christian’s figures go beyond a mere depiction of familiar forms. Rather, they emphasize their aesthetic independence, one that consists above all in their universal, culturally non-specific effect, inviting viewers to a reflective contemplation. 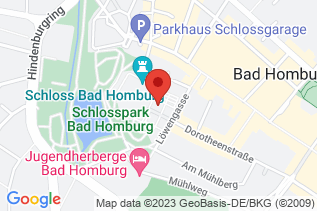