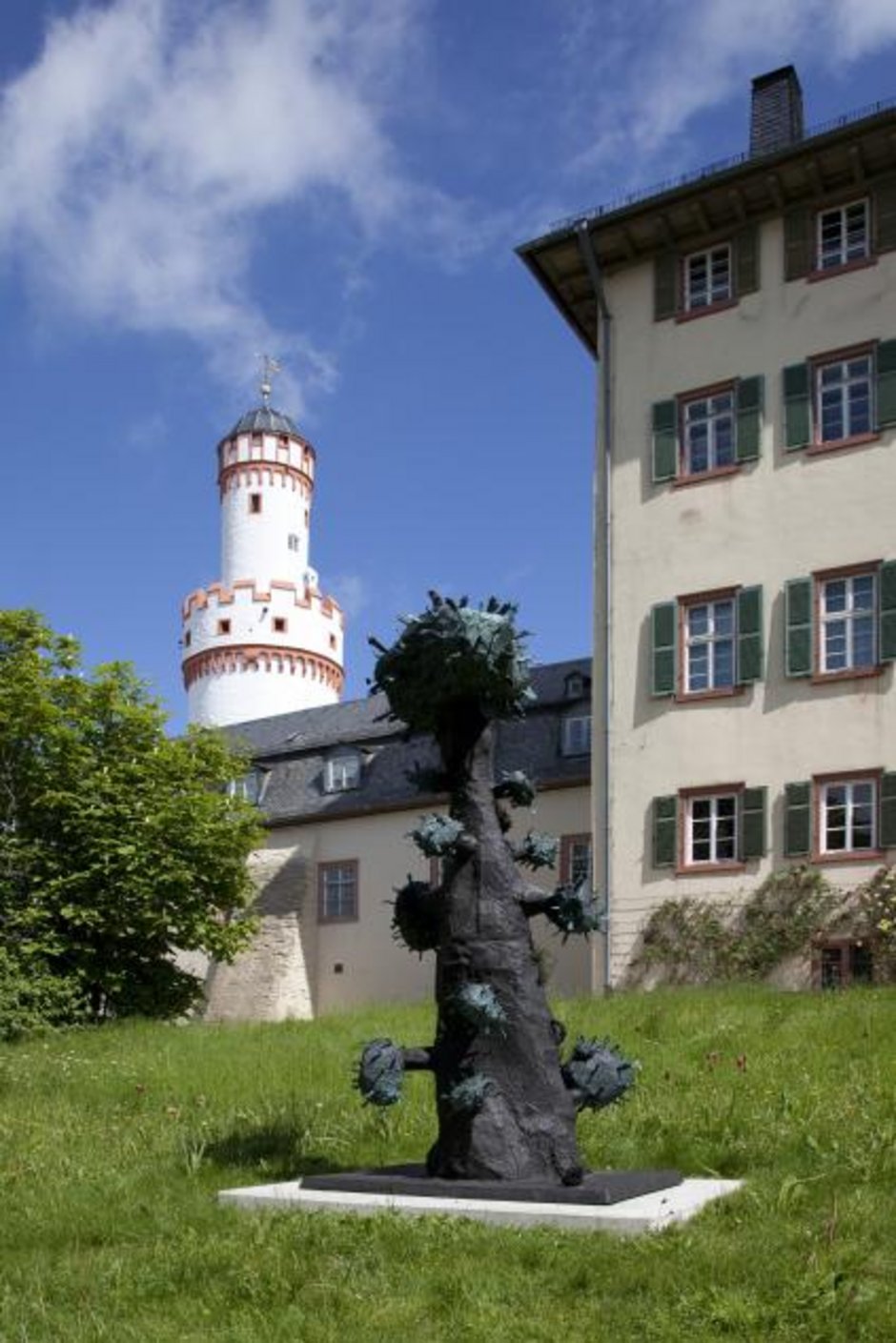 The painter and sculptor Gunter Damisch is one of the leading contemporary Austrian artists. He represented his country at the 1985 São Paulo Biennale, and from 1998 was a professor at the Academy of Fine Arts in Vienna. His work is characterized by a unique repertoire of forms, extending to his painting as well as his sculpture. His patinated bronze sculpture in the Bad Homburg castle gardens, which seems to solidify into an organic whole with its amorphous, spiky growths sprouting from its more than three-metre high trunk, is typical of his formal language. “Großer Weltbeulenstamm” (Tree of World Boils) calls to mind the characteristic shape of the African monkey-bread tree, or baobab, a symbol of untouched nature both in African legends and European literature. Primaeval poetry, alien natural worlds and cosmic forms are repeated motifs in Damisch’s work. These are never straightforwardly depicted; rather, they are transformed into a pictorial world straddling the boundaries of figuration and abstraction. Powerfully expressive colours and forms are characteristic of, and sensuously reflected in, Damisch’s artistic work. 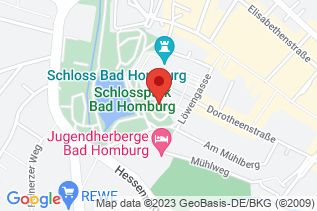