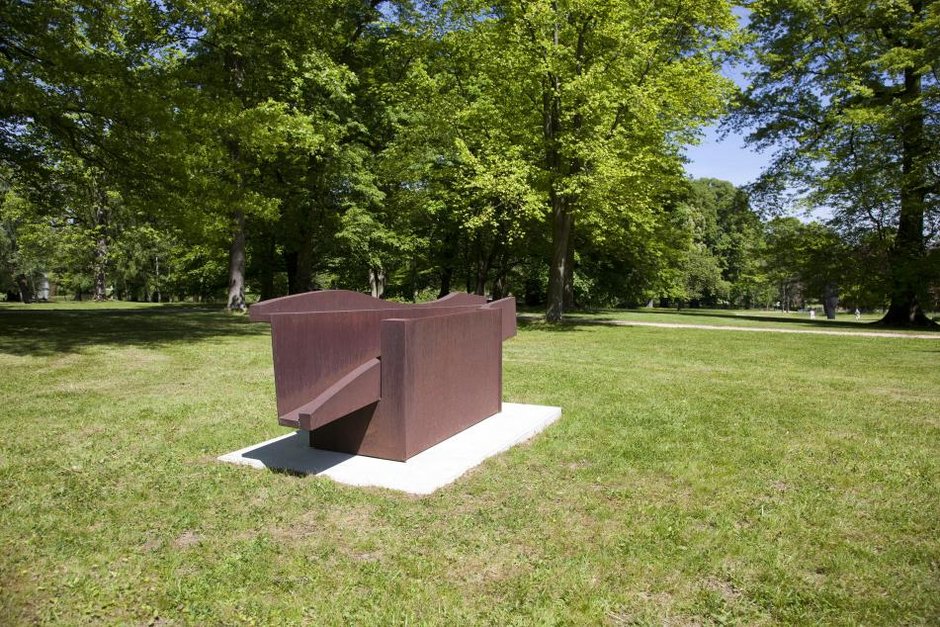 Geometrical structures characterize the sculptural work of the Austrian artist Gerhardt Moswitzer, who from 1963 worked exclusively in steel, aluminium and non-ferrous metal. Moswitzer’s artistic individuality, which he developed following an apprenticeship as a toolmaker and time at art college, had already established him in his early 20s as a regularly exhibited artist, and in 1970 he represented Austria at the Venice Biennale. In addition to his sculptural work, Moswitzer devoted himself from the 1980s to a range of other artistic forms: he composed experimental music, shot videos and films and worked on abstract pho­tog­raphy as well as digital sculpture. His unmistakable large-format metal sculptures, however, remain typical of his œuvre. Moswitzer counters the geometrical surfaces and forms of his corten steel work, on display in the Bad Homburg Kurpark, by giving it the figurative title “Die schönen Beine der Kukita” (Kukita’s Lovely Legs). While on the one hand this motivates the viewer to discover human forms in the metal components, on the other it incorporates a narrative element into this massive, abstract sculpture, prompting the observer to reflection. 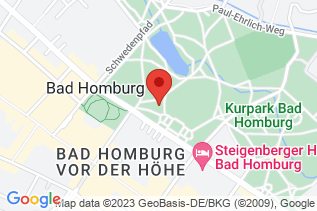