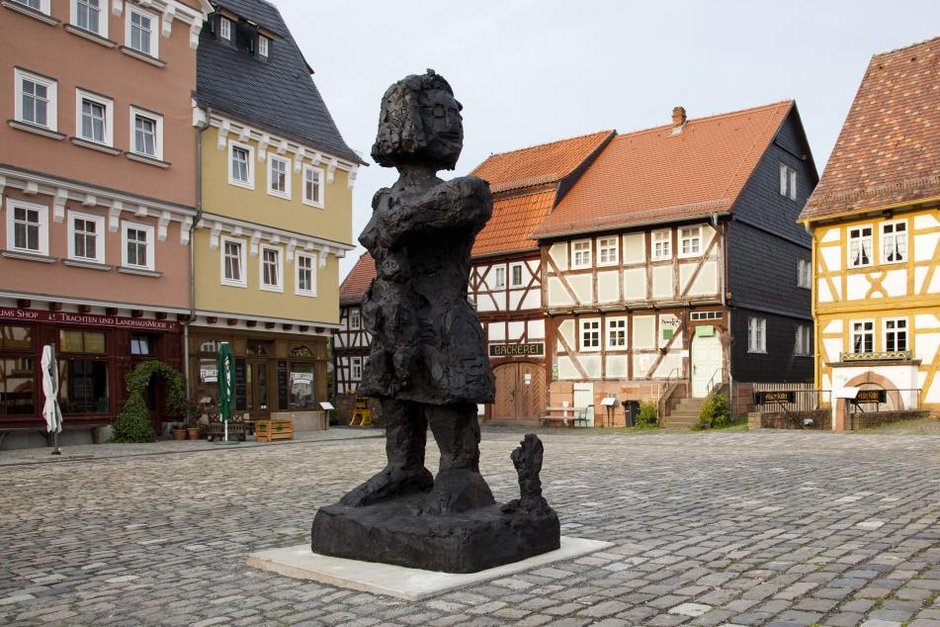 In the Hessenpark Open-Air Museum three large-format bronzes created for “Blickachsen 11” by Jean Y. Klein are on display. Like his “Shepherdess”, exhibited in Bad Homburg, the title of “Pastoral” refers to a long tradition of representations of idyllic pastoral motifs. The subject of the owl, also, connects the sculpture with Greek mythology: the owl represents the wise Goddess Athena, who among other things was considered the divine protectress of the artisan. In the Hessenpark, where historical craftsmanship plays an important role, this bronze therefore takes on a meaning of its own. In his designs for the nymph “Calypso” and the winged horse “Pegasus”, Klein, who today lives and works in Berlin and on the Greek Peloponnese, again invokes the world of Greek myths, and concerns himself with human and animal forms. At the same time, these works are not purely realistic or naturalistic. Rather, with his abstracted figures and their roughly hewn surfaces, Klein develops a characteristic formal language oscillating between suggestion and clear definition, transferring, in the process, these ancient motifs into the present. 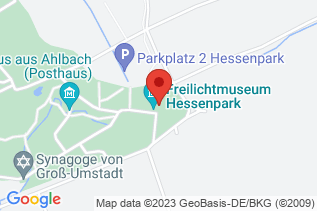