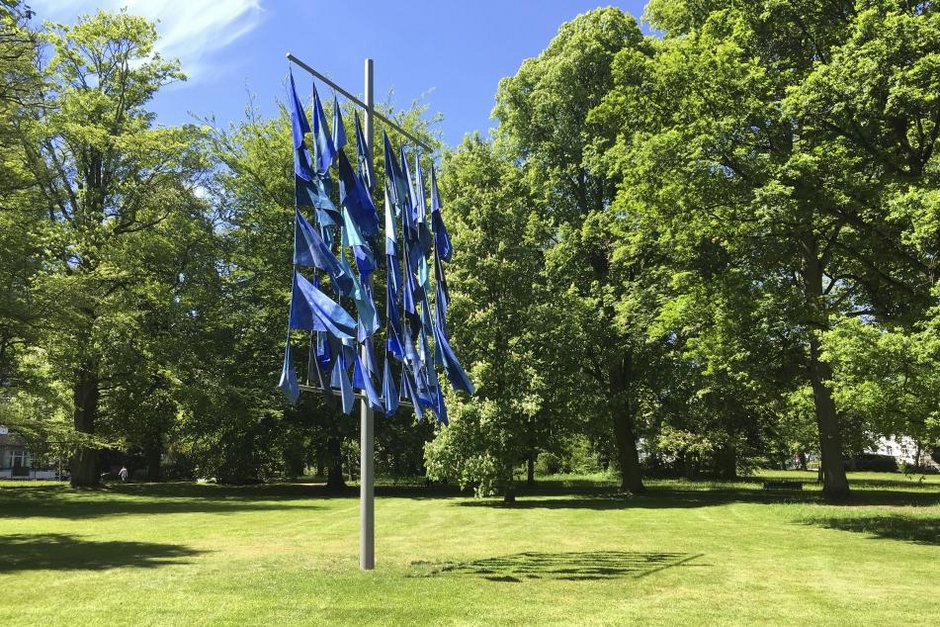 The artist Raul Walch, who lives in Berlin, studied in the city’s Institute for Spatial Experiments under Olafur Eliasson. Walch’s ephemeral and location-specific interventions, in which he deals in multifarious ways with textiles and their qualities as material, are shown around the world. His characteristic colourful fabric panels serve as kites, as spinnakers for sailing boats, or as symbolically non-representative flags. Walch is represented in four locations in “Blickachsen 11”: in Bad Homburg, Eppstein Castle, Frankfurt and Kronberg. As recurring landmarks, these specially made works link their “Blickachsen” locations like flags fluttering flamboyantly in the wind. His work “Blue Hour”, in which 48 linen flags in various shades of blue have been attached to a frame, stands like a giant ship’s mast in the Bad Homburg Kurpark. Through the movement of the cloth in the wind, the colour fields on the individual surfaces melt optically together – and will increasingly blend with time and the effect of the weather. The unforeseeable colour changes are reflected in the indeterminate light conditions in the blue twilight hour of the work’s title. 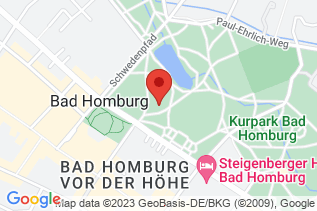