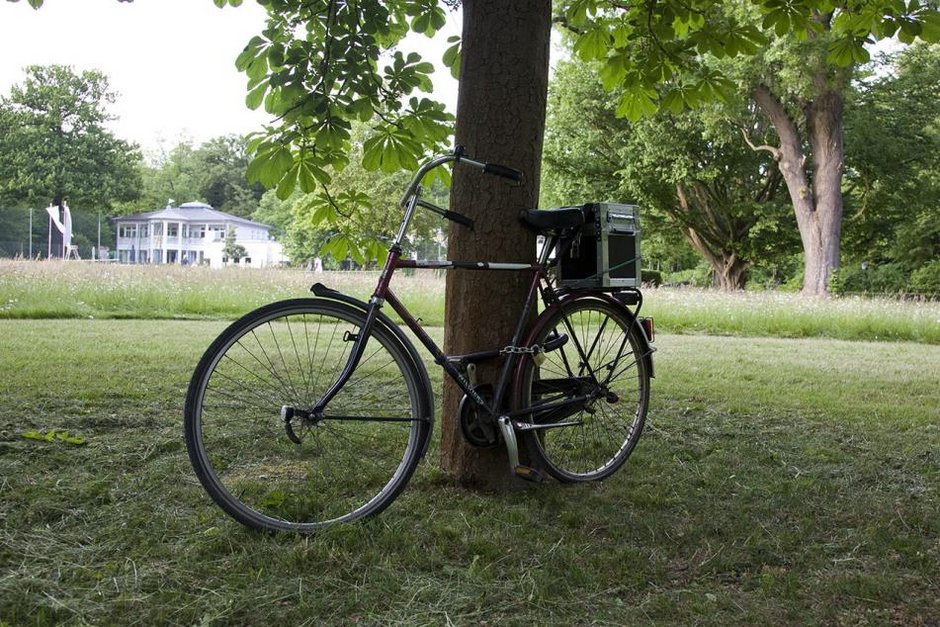 Gerard Herman’s contribution to “Blickachsen 10” thematizes his own participation in the exhibition – and playfully and humorously confronts the art world with normality, life itself. On his grandfather’s bicycle, Herman set off from Antwerp on a journey of several days to Bad Homburg, with a wooden box containing a ‘garden sculpture’ on his rack. Arriving in Bad Homburg, he goes for a forbidden ride through the Kurpark, then finally chains his bike, together with the locked box, to a tree (near a sign prohibiting cycling) before entrusting the exhibition organizers with his record of the journey. Ironically perverting the saying “Where there’s a will, there’s a way”, Herman calls his multilayered project “Where there’s a bike, there’s a way”. He leaves his bike at the exhibition as a physical reminder of the unseen process of the journey, as the visible part of the project, and symbol for the story of the experienced – the brought ‘sculpture’ remaining hidden in its box as a conception. It is left to the observer to create the story that lies behind the bike, by projecting his own memories, stories and observations onto the old gentlemen’s bicycle in the park. 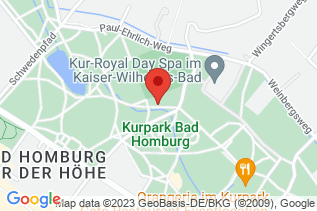