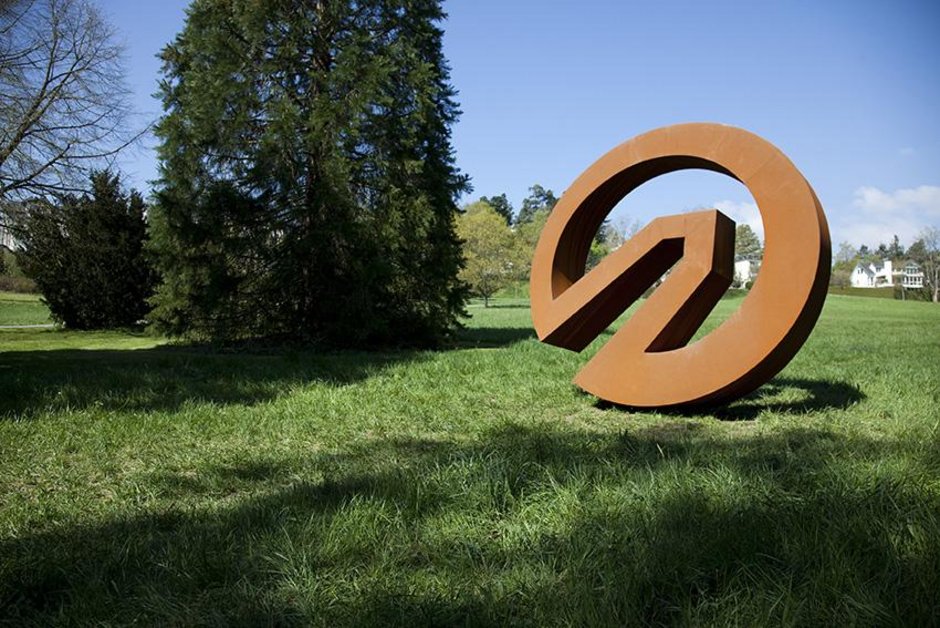 Werner Pokorny uses elementary forms to create sculptures that assert themselves in space as ciphers taut with tension. He is known above all for his abstract representations of houses, sometimes stacked one on top of the other, at other times tilting, balancing or apparently turning somersaults. The artist has stated that protection, constriction, individual and society are aspects he associates with the metaphor of the house. At “Blickachsen 10” Pokorny is showing two recent works. “Turm VII”, as its title declares, is a “tower” of four houses: three are lying on their side, each offset relative to the other, and only the topmost house stands upright. In “Wheel 2014”, by contrast,Pokorny develops the outline of a house out of the perimeter of a round form and diverts it into the interior of the circle. The sloping angle of this giant wheel generates the impression of a wobbling, turning motion to which the house is inevitably exposed. With his rust-red outdoor sculptures, Pokorny places the house into direct relation with the “outside world” – as an allegory of the function of art in the public space. For the artist, such art “defines the spaces in which we live and gives them the vitality that goes beyond pragmatic function.” 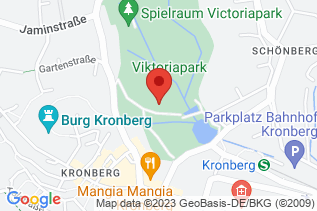