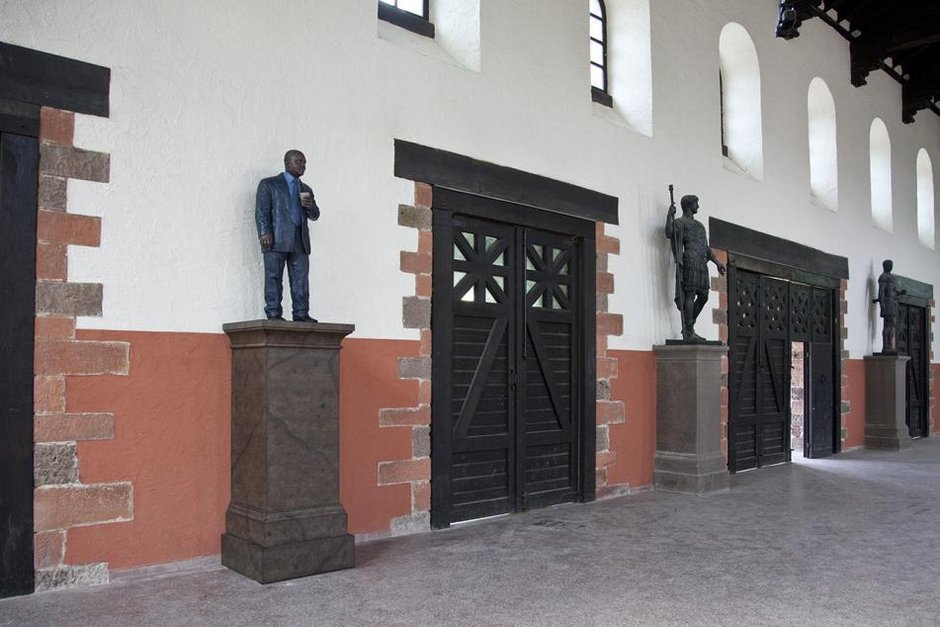 Journeying back into time at the Roman fort of Saalburg – the best researched and most completely restored fort at the UNESCO World Heritage site of the Limes – the visitor to “Blickachsen 10” will also encounter two painted bronze sculptures by Sean Henry. In the great hall of the principia, the headquarters building, stands Henry’s smaller than life-size “Man with Cup” on a specially-made plinth by the wall, fitting in inconspicuously and forming a row with the two Roman statues on permanent display here. In his blue business suit, holding a take-away coffee cup in his hand, he exemplifies today’s army of city office workers – and steers the visitor’s attention from provincial Roman history and life on the Limes towards the conditions of everyday life in the present. On the square in front of the principia, on the other hand, “Trajan’s Shadow” sparks a dialogue between past and present. Like a figure on a stage, a modern, casually dressed man with his hands in his pockets is framed by a great rectangular gateway – an exact scale replica of one of the many entrances to emperor Trajan’s market in ancient Rome. 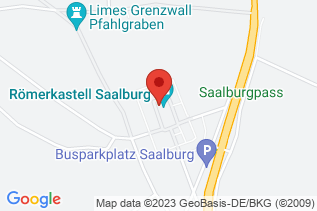