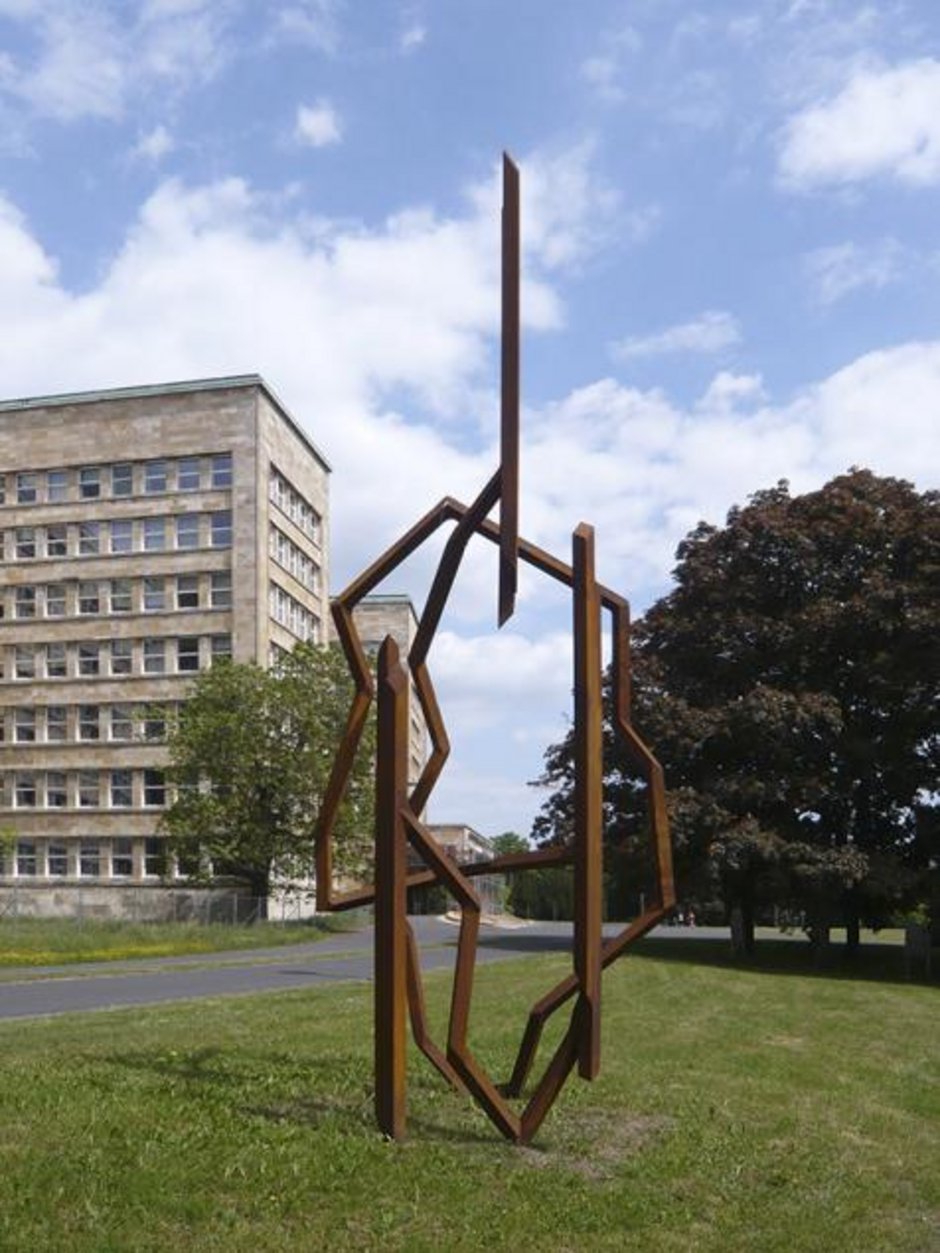 Robert Schad is known for his unmistakable steel sculptures in the public space. Starting from the idea of bodily movement, he creates linear compositions out of solid square steel which seem to conquer space in a dancing fashion. At “Blickachsen 10”, nine of his outdoor works are installed in front of the IG Farben Building at the Westend Campus of Frankfurt’s Goethe University. Properties such as heaviness, permanence and immobility are what we usually associate with the material of steel. Yet Schad’s three-dimensional drawings in space convey an impression of lightness and dynamism. Seemingly filigree despite their size, the steel lines reach skywards, seem to balance each other out in a horizontal equilibrium or wind sinuously up and down – sometimes in broad sweeps and curves, at other times compactly condensed. The agile appearance of these steel structures stands in marked contrast to the actual solidity of the material. “With steel, I particularly allude to the process of growth, the process of dance-like expression“, says the artist: “When viewed, the effect is one of motion caught in mid-movement.” At “Blickachsen 10” these sequences of movement captured in abstract form can be experienced in their full spatial expansion. 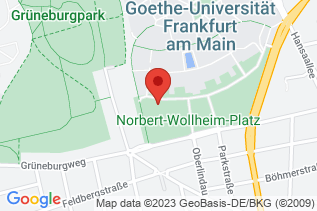