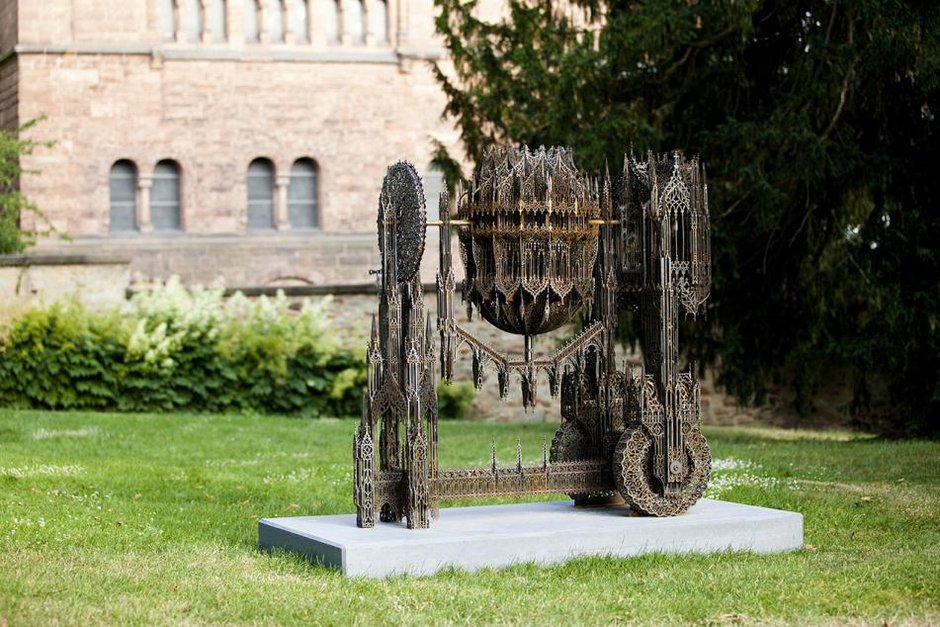 Wim Delvoye made a name for himself internationally with provocative and ironical works such as his tatooed pigs, his pornographic X-rays set in leaded glass, or his famous “Cloaca” series of installations, in which he simulates the workings of the human digestive tract. In his elaborate series of “Gothic Works” Delvoye plays with the form of the Gothic cathedral: using sophisticated laser cutting technology, he constructs in corten steel richly ornamented building site machinery, often in original size, as well as sculptural towers and churches. With his team of engineers and computer experts – the craftsmen of today – he defamiliarizes the outlines of concrete mixers, diggers or lorries, using filigree patterns which draw on standard architectural and decorative features of the Gothic, modifying them as he sees fit. In “Blickachsen 10” Wim Delvoye’s “Concrete Mixer”, one of the works from this series, has been placed in the Schlosspark against the background of the Bad Homburg Church of the Redeemer, where our attention is directed with special effect onto its internal contradictions of past and present, of the sacred and the profane, of ornament and function. 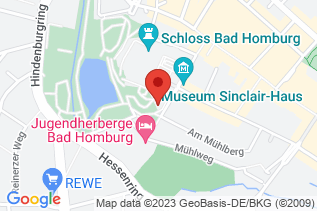