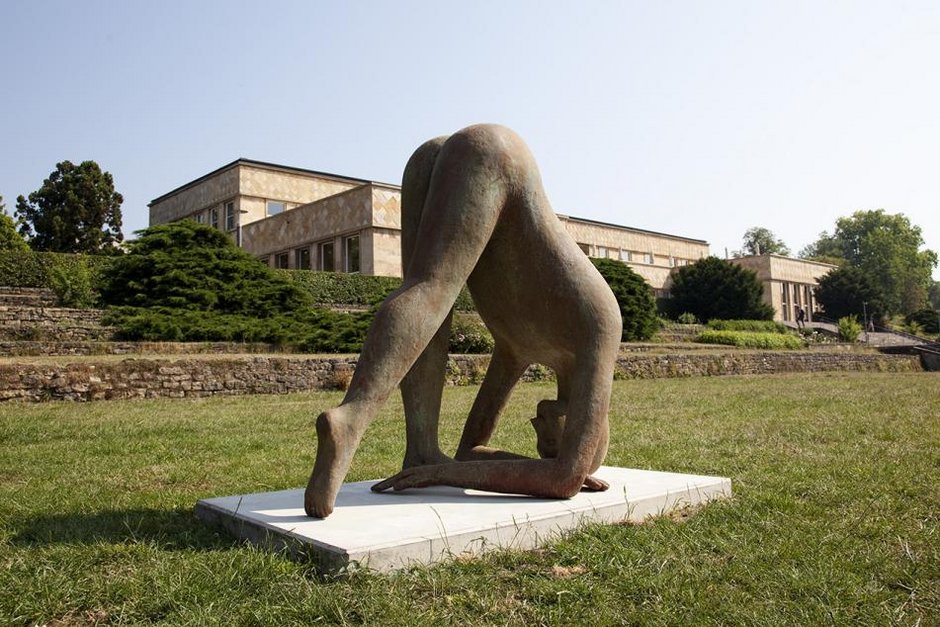 A sexual driven person, lost in the city 49

Henk Visch is a sculptor, draughtsman and poet as well as an exhibition curator and art critic. Figural works and abstract constructions belong equally within the Dutch artist’s oeuvre, which unites small objects and monumental sculptures in materials ranging from wood, via aluminium and steel, to bronze. At “Blickachsen 10”, four of Visch’s most recent bronzes, all dating from 2015, can be seen at the Westend Campus in Frankfurt. They show human figures standing, sitting, or in a gymnastic pose with head down and bottom up. Their bodies are twisted, their heads too large or too small in proportion to their body, and entire limbs are missing. Through their poses and gestures, the figures convey the impression of a search for inner and outer balance. But Henk Visch’s sculptures defy clear interpretation: they are to be understood as offering “limitless spaces for thought”. As viewers, we are invited to enter into figurative relation with the artworks and to approach them in a “childish”, i.e. open-minded manner. The enigmatic titles of the works thereby serve purely to spark associations. 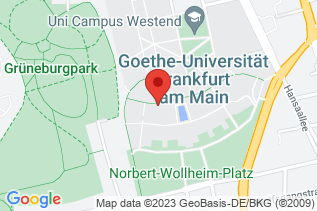 A sexual driven person, lost in the city
Five ladies and a gentleman in the colony club
The Architect
The Illusionist

Not God but I will help you