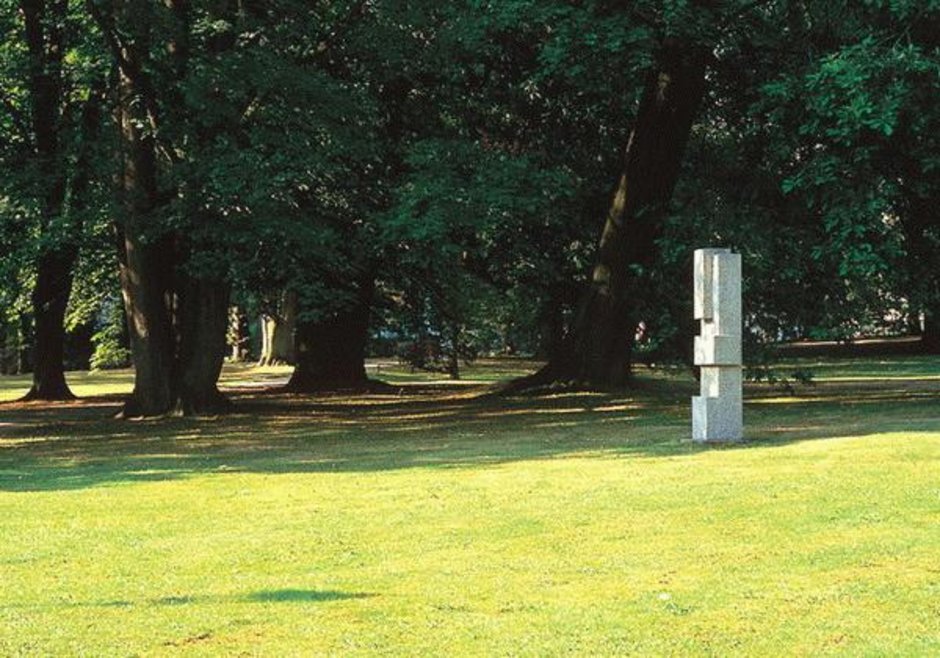 Hans Steinbrenner was a sculptor in the original sense, in that he worked by subtracting from a
block of wood or stone, shaping the material spatially and bodily. He developed his formal
language, drawing on cubic elements, in the early 1960’s. These cuboid compositions were
quickly adapted to the proportions of the human body, after which Steinbrenner started simply
to call his works “Figures”. With graphical precision he reduces the shape of the human body
to a strictly geometrical sculptural form, whose individual elements are not symmetrically
arranged but are, rather, slightly displaced. An apparently living silhouette is thus created, in
which the rhythmically arranged verticals confer a dynamic of their own to the sculpture. The
worked quality of the surface stands in a tension-filled contrast to the strict geometry of the
individual forms. The harmony of the overall impression is created by the consummate balance
of all the parts to the whole, a balance of symmetry and asymmetry, of statuesque and rhythmical
form. This is clearly evident in the five cast bronze “Figures” created between 1969 and
1988, which stand together as a group in “Blickachsen 9”.