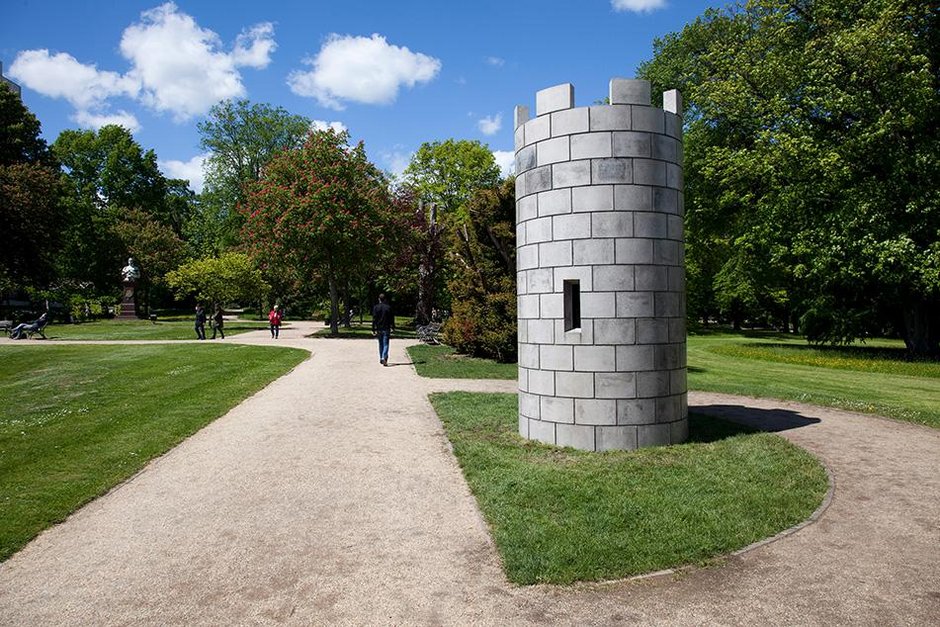 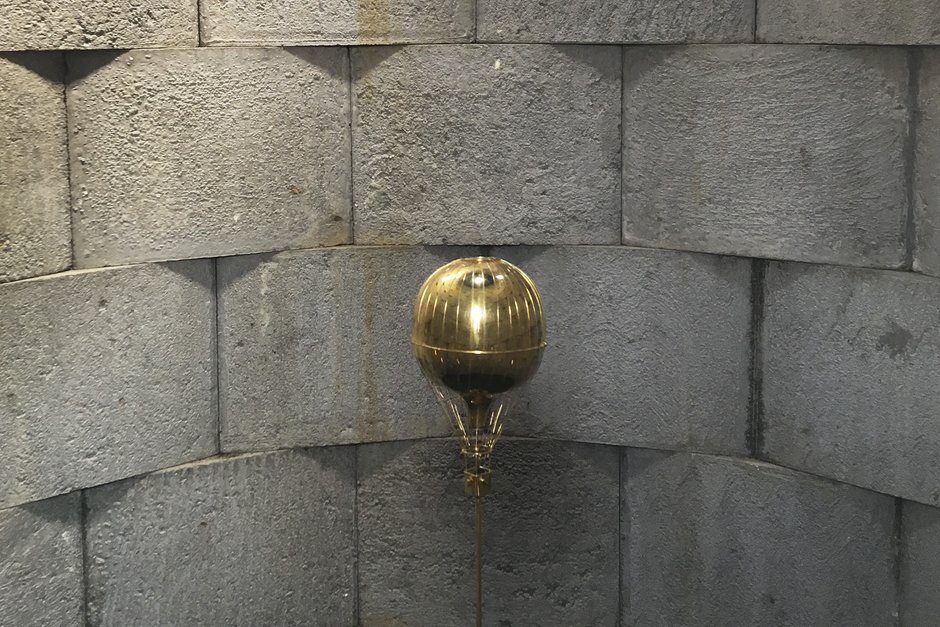 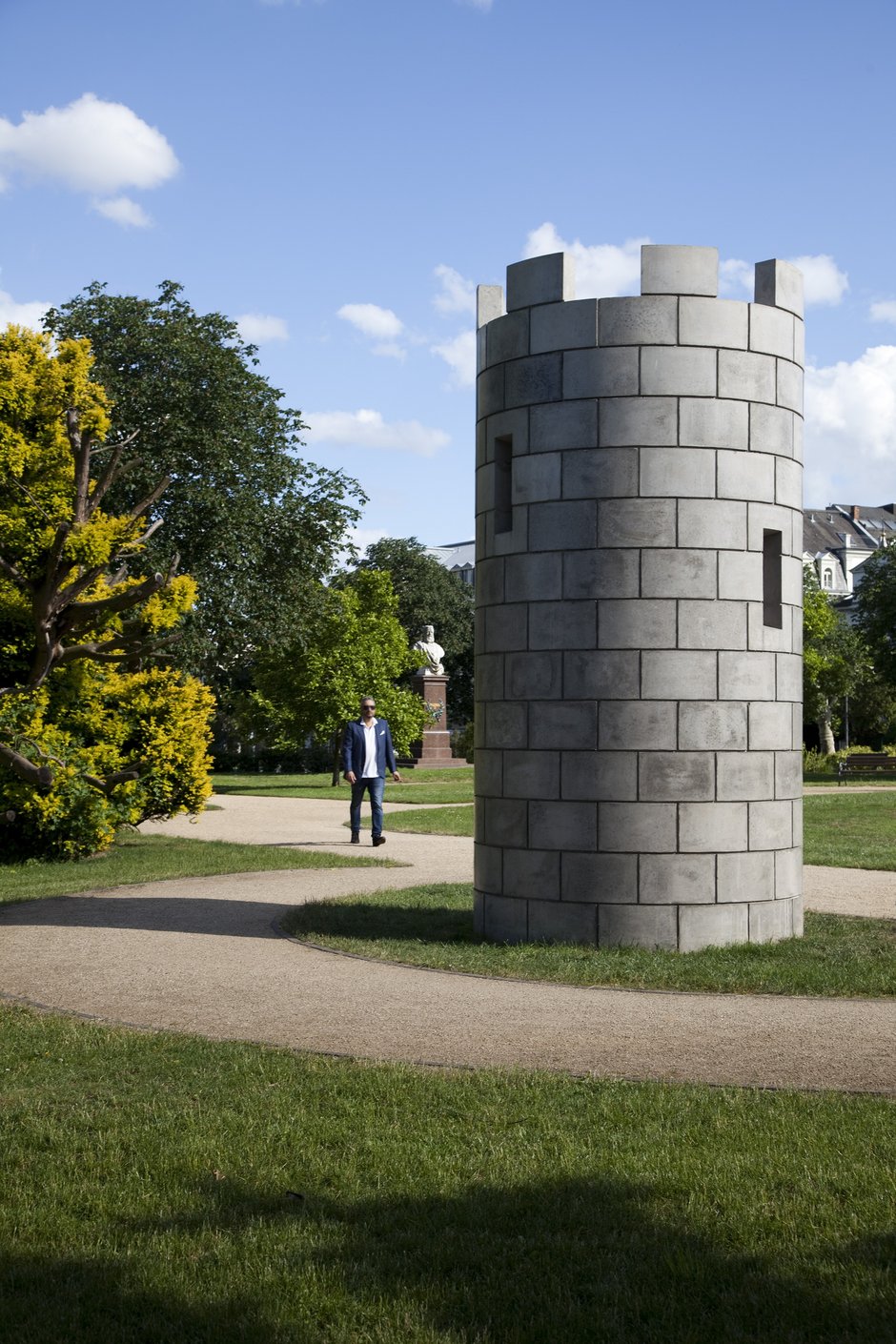 Charlotte Gyllenhammar began her artistic career as a painter, however after completing her studies in Gothenburg, Stockholm and London she soon turned to sculpture. Her 1993 installation “Die for You”, in which she took an uprooted 120-year old oak tree and suspended it upside down above a shopping street in Stockholm, helped make her international breakthrough. Since then, the upside-down reversal of figures and objects has been a repeated motif in Gyllenhammar’s work. Her often emotionally-charged sculptures and installations address themes such as isolation and sanctuary, interior and exterior space, privacy and the public sphere. In Blickachsen 12, the artist is represented by two works in the Bad Homburg Kurpark. The deep black patinated bronze entitled “Night, Descend” shows an upside-down female figure, immersed from her waist to her head in the folds of her falling skirt. Her exposed legs are in sharp contrast to the enclosed space one imagines beneath her voluminous skirt. Behind the massive walls of the four-metre high fortified tower of her work “Traum” (Dream), only three small openings allow the observer to see inside, revealing a delicate, softly lit miniature of a golden hot-air balloon. 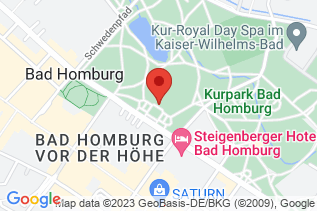