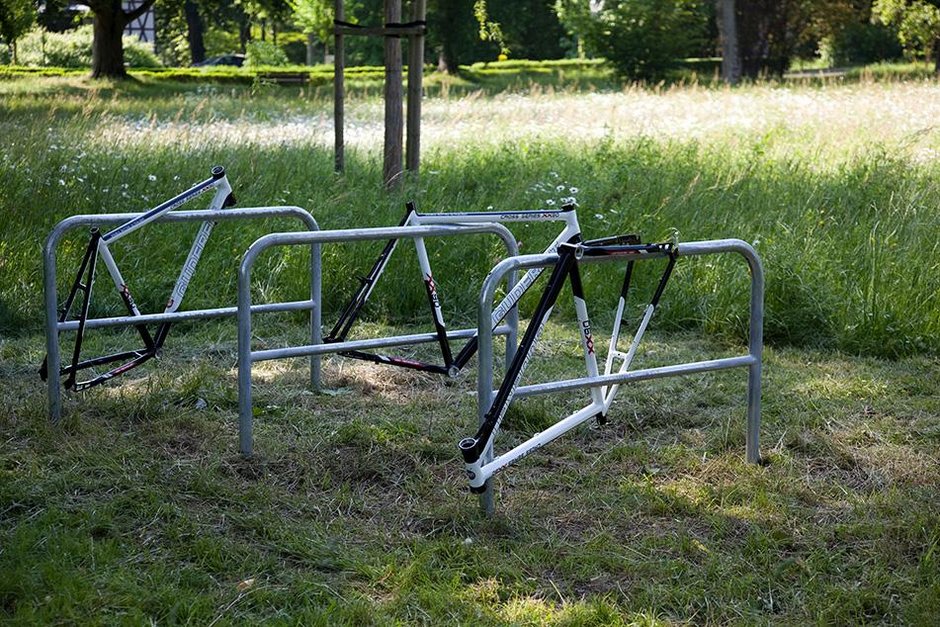 Sofia Hultén devotes herself in her art to the objects that surround us in our everyday lives. She works with used, also with found, objects. In her installations and video works she lets these stand for themselves, often in a neutral space; she focusses the viewer’s attention on their specific properties, irrespective of their function. This perspective makes clear that the materiality, the practical value and the exchange value of things are quite different aspects. At the same time, Hultén thematizes – often with a twinkle in the eye – our relationship to the objects she presents. The three bike frames hanging on a bicycle stand which constitute “This, That, Other” would be inconspicuous on a big city roadside; in the Kurpark, however, on a meadow far from the path, they attract our attention. On closer examination, an absurd detail becomes evident: the bike frames seem to be wound around the bicycle stand in such a way that it is impossible to see how they could be freed and restored to their original use. Similar works by Sofia Hultén, who lives and works in Berlin, have already been exhibited in solo exhibitions throughout Europe, for example in the Museum Tinguély in Basel or the Fundació Joan Miró in Barcelona. 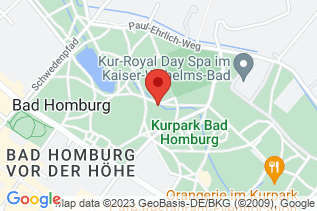